Nagorno-Karabakh: Shift in the Military Balance

While the international media focuses on the confrontations in Abkhazia and South Ossetia and Georgia’s rapid rearmament, the forgotten dispute over Nagorno-Karabakh continues to smolder. Indeed, it seems only a matter of time before the conflict between Azerbaijan on the one hand, and Armenia and Nagorno-Karabakh on the other, bursts into flames again.

Back in 1988, the demands of the autonomous oblast of Nagorno-Karabakh, inhabited mainly by Armenians, to secede from Azerbaijan and join Armenia, was the first of the interethnic conflicts that would shake the USSR and lead to a crisis of Gorbachev’s policy of perestroika. After the final extinction of the USSR toward the end of 1991, Armenia and Azerbaijan fought tooth and nail for the disputed region, deploying all manner of armaments of the Transcaucasus Military District of the Soviet Armed Forces that were either «privatized» or gifted from Moscow.

Thanks to the higher level of combat readiness of their armed formations, the Armenians maintained the high ground in this battle. Towards the spring of 1994, the Armenians not only kept control over almost all of Nagorno-Karabakh, but also managed to capture a wide «buffer zone.» Most importantly, the Armenians took almost all of the territory that separated Nagorno-Karabakh from Armenia itself, in effect «engulfing» the territory in question. In May 1994 the war concluded through the mediation of CIS leaders with the signing of the Bishkek truce, which enshrined the status quo. This signified the complete victory of the Armenians and the undisputable defeat of Azerbaijan.

The Armenian armed forces continue to control over 8% of the territory of the former Azeri Soviet Socialist Republic. The so-called Nagorno-Karabakh Republic is not recognized by any other country, but it rules over this territory with a rather powerful army. In theory, the NKR exists independently of Armenia. However, this independence is clearly a fiction, the republic is de facto a part of Armenia, and the armed forces of the NKR are merely the extension of the Armenian armed forces.

It is perhaps indicative that Robert Kocharian, President of Armenia from 1998–2008, was earlier the President of the NKR. Like other unrecognized republics in the post-Soviet area, the NKR has become a kind of «black hole» in terms of international law, and with respect to the Treaty on Conventional Armed Forces in Europe (CFE) in particular. Armenia lost eight thousand lives in the conflict. Azerbaijan lost 25 thousand, and took in 417 thousand refugees from territories occupied by Armenian forces.

Since then, a kind of brittle truce has endured in the South Caucasus for 14 years, punctuated occasionally by military incidents. In spite of the truce, the standoff between Armenia/NKR and Azerbaijan is comparable to the front lines during the First World War. For Azerbaijan, the issue of «restoring its territorial integrity» is a key issue of domestic and foreign policy. Azeri politicians have been promising to «defeat the Armenians» and to «take back Karabakh» for years, but in the past few years they have actually accumulated the resources necessary to accomplish this task, thanks to the large revenues accruing from sales of Caspian oil.

Indeed, the Azeri economy has grown rapidly since 2000, outpacing all other post-Soviet republics, reaching a record of 29.3% growth in 2007 and 15% in the first quarter of 2008. Government expenditures have increased by a factor of ten over 2002-2008. The sharp growth of oil revenues to the budget has allowed Azerbaijan to increase its defense expenditures by a factor of nine since 2004: from 144 million USD in 2003 to 1.2 billion USD in 2008, which accounts for about 4% of Azerbaijan’s GDP. Moreover, according to a recent announcement of President Aliyev, total defense expenditures for 2008 will reach $2 billion. This figure is comparable to the entire state budget of Armenia, which is projected at 2.5 billion USD for 2008. While Aliyev may be exaggerating Azerbaijan’s defense expenditures, the general tendency is clear enough.

High levels of defense spending have supported a broad program for the modernization and reequipping of the Azeri armed forces, which is beginning to affect the balance of forces between Azerbaijan and Armenia.

The armed forces of Azerbaijan originated as informal groups of anti-Armenian fighters in 1989–1991, but they assumed the character of regular forces of the National Army of Azerbaijan after December 1991, with the dissolution of the Soviet Union. From 1991–1993 Azerbaijan acquired most of the armaments of the 4th Army of the Soviet Transcaucasus Military District, including three motorized rifle divisions (23rd, 60th, and 295th) and the 75th motorized rifle division in Nakhichevan, and half of the armaments of the 104th airborne division in Ganja.

Moreover, Baku received part of the Caspian navy with its entire coastal infrastructure, including some aviation and air defense assets. By mid-1993 Azerbaijan possessed 458 tanks, 1264 armored vehicles, 395 artillery and mortar launchers, 63 multiple launch rocket systems (MLRS), up to 100 air defense systems, 53 military and 52 training aircraft, 18 combat and 15 transport helicopters, and up to 30 ships and cutters. Azerbaijan acquired over 100 thousand pieces of small arms and over 11 thousand carloads of ammunition.

A significant proportion of these armaments was lost during the Karabakh war. According to published sources, 186 tanks, 119 armored vehicles, and 59 artillery systems were completely destroyed, and a significant amount of equipment was damaged and could not be returned to service, including 43 tanks, 114 armored vehicles, and 51 main guns. The Azeris lost much of their armor on territory captured by the Armenians, who proceeded to repair the equipment and put it back into service. The Armenians also took down 20 Azeri aircraft and 21 helicopters.

For their part, the Azeris captured 23 T-72 tanks, 14 armored vehicles, and nine main guns. To make up for their losses, the Azeris had already begun during the war to purchase arms from Ukraine, including 150 T-55 tanks, eight MiG-21 fighters, and two Su-17 fighter-bombers.

After the signing of the truce in 1994, Azerbaijan still had enough armaments to equip its army. Indeed, some of its armor had to be scrapped to comply with the CFE Treaty. No significant procurement had been made for almost a whole decade, until oil revenues began to take hold. And when Azerbaijan began once again to procure armaments, it sought relatively modern, heavy weapons from the former USSR, notably Ukraine, which became the main source of weapons to Transcaucasus, including the powerful 300 mm 9K58 Smerch MLRS with a range of 70 km.

From 2007, Azerbaijan also began to acquire arms from Russia. In particular, Azerbaijan was the first to place an order for the new Russian BTR-90, signing a contract with the Arzamas Machine Building Plant for delivery in 2008 of a few BTR-90s and 70 BTR-80A. One of the conditions of the agreement reached in 2002 over the status of the Gabalina radar station was the provision of military assistance to modernize Azerbaijan’s air force and air defense systems, the training of Azeri military in Russia, and repair services for military equipment.

As for NATO, in spite of Azerbaijan’s fairly active assertions of its intentions to join the alliance, to meet NATO standards and the like, cooperation with Western countries has been limited to relatively modest military assistance and training. Turkey has provided the greatest amount of aid, reaching a total of 170 million USD in 2005. Azerbaijan has also purchased small arms and modern communications equipment from American and Israeli firms on a purely commercial basis.

Azerbaijan is now putting the emphasis on acquiring new aviation equipment for its air force. in 2005, it signed a contract with Ukraine for the delivery of 12 MiG-29 fighters, two MiG-29UB aircraft, and 12 L-39 training aircraft. It bought 12 Su-25 assault planes (probably Czech) and one Su-27UB from Georgia. Negotiations with Ukraine for the acquisition of Su-27 fighters and Su-25 assault planes have also been reported, along with modernization in Ukraine of Azeri Mi-24 combat helicopters by the South African ATE company’s Super Hind Mk-III program. Azerbaijan is reportedly looking to acquire 24 of the new Chinese FC-1 light fighters. It is also purchasing UAVs from Israel, all of which attests to the clear intention of the Azeri military leadership to achieve air superiority as a top priority.

In late 2005, Azerbaijan established a Ministry of Defense Industry, endowed with significant resources. In 2007, the ministry announced the launch of series production of 29 weapons systems along with parts and ammunition. The state defense procurement order for 2008 included the creation of 80 new types of military items and the production of 444. The national budget for 2008 allocated 66 million manat to the Ministry of Defense Industry. New production will be established primarily in cooperation with Western states.

By 2008, the Azeri armed forces have overtaken the Armenian once in terms of active personnel (73 thousand) and armament. However, this numerical superiority is compensated by the army of the unrecognized NKR, which has about the same amount of arms as the official land forces of either Armenia or Azerbaijan. Moreover, over the past 14 years the Armenians have worked constantly to improve and fortify their line of defense in Nagorno-Karabakh, reaching from the Mrav heights to the Araks river. Furthermore, Armenia is part of the Russian-led CIS Collective Security Treaty Organization (CSTO), and about four thousand Russian troops are deployed in Armenia, mostly at the 102nd base in Gyumri.

Nevertheless, the rapid growth of Azeri defense expenditures, driving the strong rearmament of the Azeri armed forces, is putting into question the ability of the Armenians to maintain the military balance with Azerbaijan. This is particularly pertinent with respect to Azerbaijan’s buildup of its air force and projected acquisitions of modern and high-precision weaponry. Official figures probably understate the volume of Armenian defense spending, but several Azeri estimates put the actual defense spending of Armenia and the NKR for 2008 at about 800 million USD, which seems likely. But the overall trend is clearly in Azerbaijan’s favor, and it seems that Armenia will not be able to sustain an arms race with Azerbaijan’s oil-fueled economy. And this could lead to the destabilization of the frozen conflict between these two states.

Note: in 2007 Azerbaijan also acquired a number of T-72 tanks

Table 4. Actual military balance between Azerbaijan and Armenia in early 2008

Note: Figures for armored combat vehicles for Azerbaijan and Armenia include those possessed by the border and interior troops
Posted by Artur Armenson at 12:57 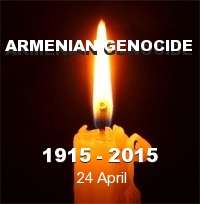